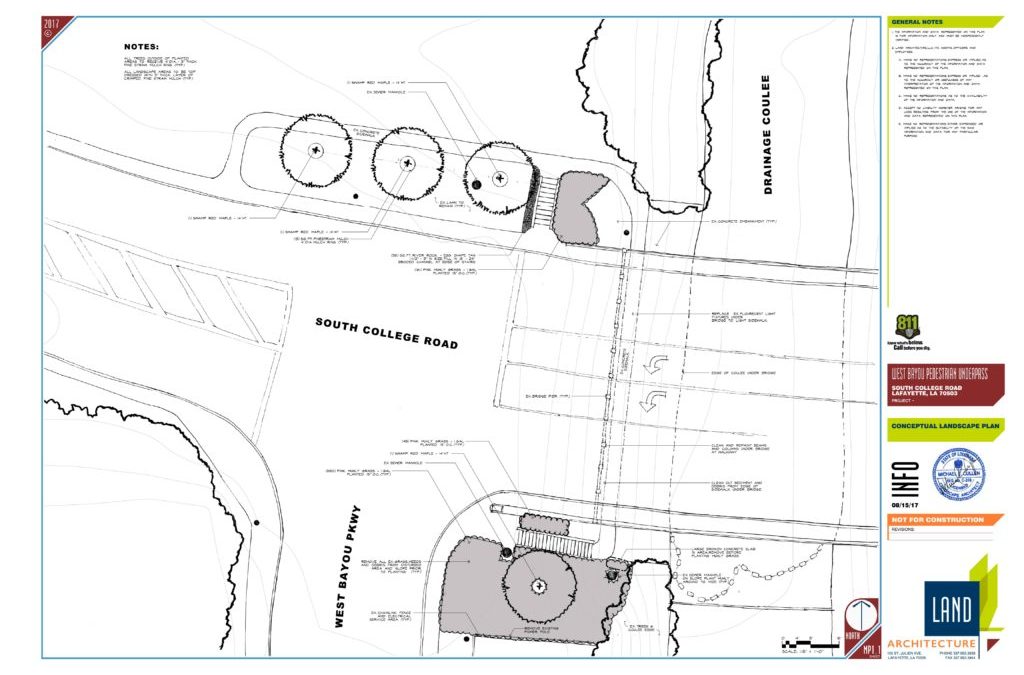 To those supporters (and backers) who have been patiently been awaiting movement on SPUP (the new acronym for Safe Pass Under Pass), thank you for your patience. Our goal to bring the best design possible while maximizing the funds provided is paying off, though it hasn’t come without a few trials. Shortly after being awarded $5K from civicside, we decided to try and make SPUP a type of private/public partnership, and applied for funds from the Department of Transportation and Development’s (DOTD) Transportation Alternatives Program (TAP). The program’s goal is to work toward building a more balanced transportation system that includes pedestrians and bicyclists as well as the motoring public. The application process has been a bit of a roller coaster, but a year later (July/August 2017) we were awarded an additional $4K. Since a lot of our design was pending on matching funds, we couldn’t proceed until we were sure of the outcome of that process. The kicker…we can’t receive those funds until a later date…bare with me. We contracted with Michael Cullen of LAND Architecture to provide the plans for landscape development and beautification around SPUP. The “vegetative enhancement permit” is being submitted to Louisiana DOTD for approval (pending). We’re hoping that process is not as lengthy as the TAP application.

This quarter we also learned about “ownership” of lighting connections. The lighting for the SPUP was a mystery in-and-of itself. It took a bit of investigating to discover who “owned” the connections as they have not been active for years. We discovered that LUS did own them at one time, and they have agreed to replace them. They are in the process of purchasing and replacing the lights (approval is pending).

While our timeline has been adjusted since inception, we feel confident of our project completion date of March 2018.