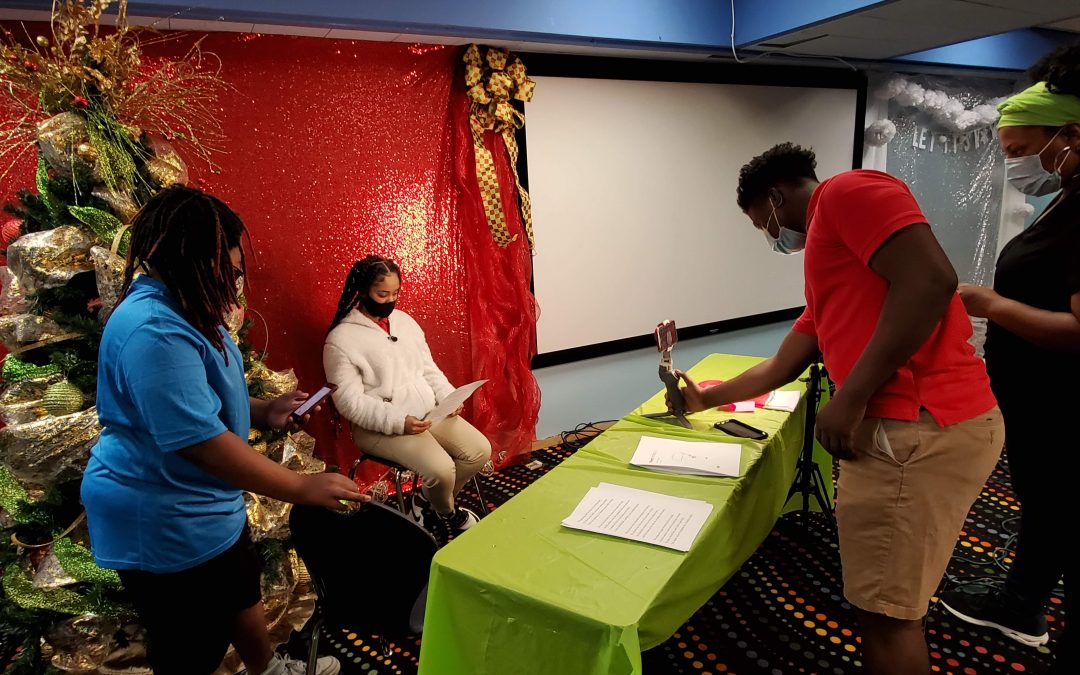 Our team’s last update ended with us looking optimistically to the upcoming school year. Unfortunately, we were not able to resume classes due to the many changes with students, schools, and at The Clearport. The lives of our initial group of students resulted in them moving, being virtual, graduating early, and other personal situations. As a result, we reassessed our plan and delayed it once again.

Before the delay, we purchased equipment during the summer in anticipation of the school year. We were able to safely record a few video clips that were posted on Clearport social media accounts. The Self Interview set consisted of 2 phones, a microphone, a ring light, and light box. The best part was seeing their reactions when viewing the final product. I definitely see those clips as a glimmer of hope and a sneak peak of what is to come.

For now, we will focus on developing connections with a new group of students who display an interest in media and film. They will take classes when we resume in the summer or Fall 2021. I struggled to find the words to describe last year’s impact on teens in our city. I think it is still best that they tell it on their own, when it is safe. Until then, we are patiently waiting and looking forward to that time.