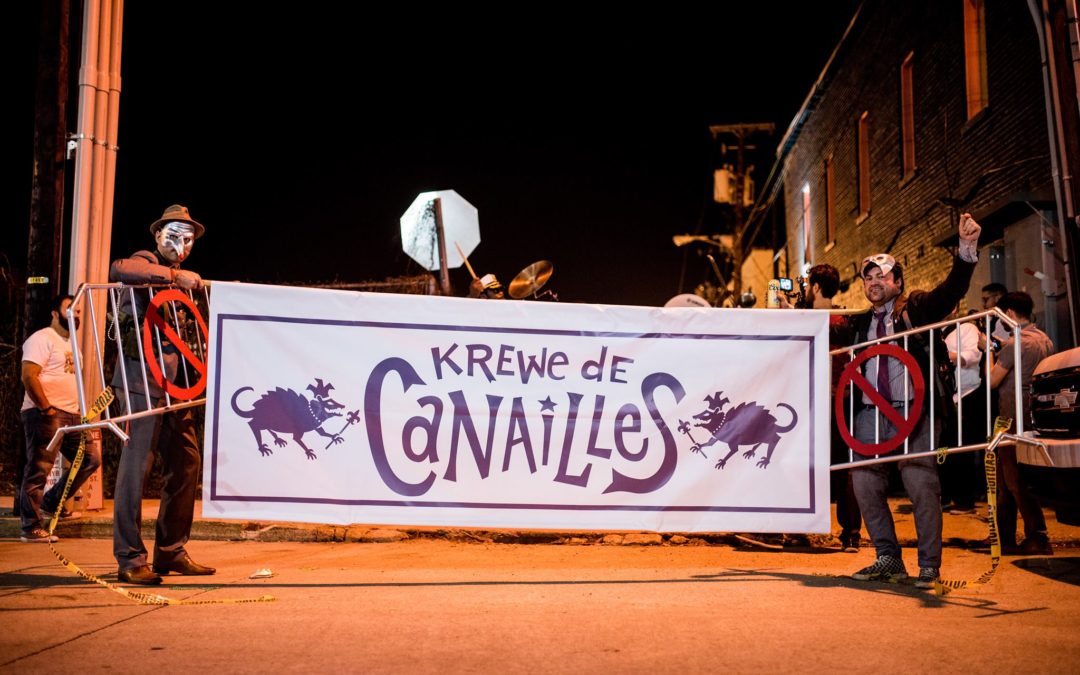 Dear Community,
Well, we did it. Mission accomplished. The first Krewe de Canailles parade went off (mostly) without a hitch! It was a great time for both the krewes and the crowds. We received a ton of positive feedback including from downtown businesses, one of which told us it was a record-breaking night for them. Walking down Jefferson St. the next day and seeing it clear of litter was a clear sign that we achieved what we set out to do.
For the sake of candor, it wasn’t all positive feedback. The most consistent critique was that it was too short but that’s an easy fix. We’re confident we made a big enough splash this first year to get more krewes on board for the next one.
And there will be a next one. We’re doing everything in our power to make sure that happens.
Oh, and some more good news – we are now an official non-profit!
From the entire Krewe de Canailles board, we are so grateful to everyone who helped make this dream of ours a reality. Seeing all of the posts, conversations, photos and videos flood social media was so encouraging. I’m not ashamed to say it made me tear up a bit.
Until next year!
Stay canailles,
Rodney Hess (Team Leader) 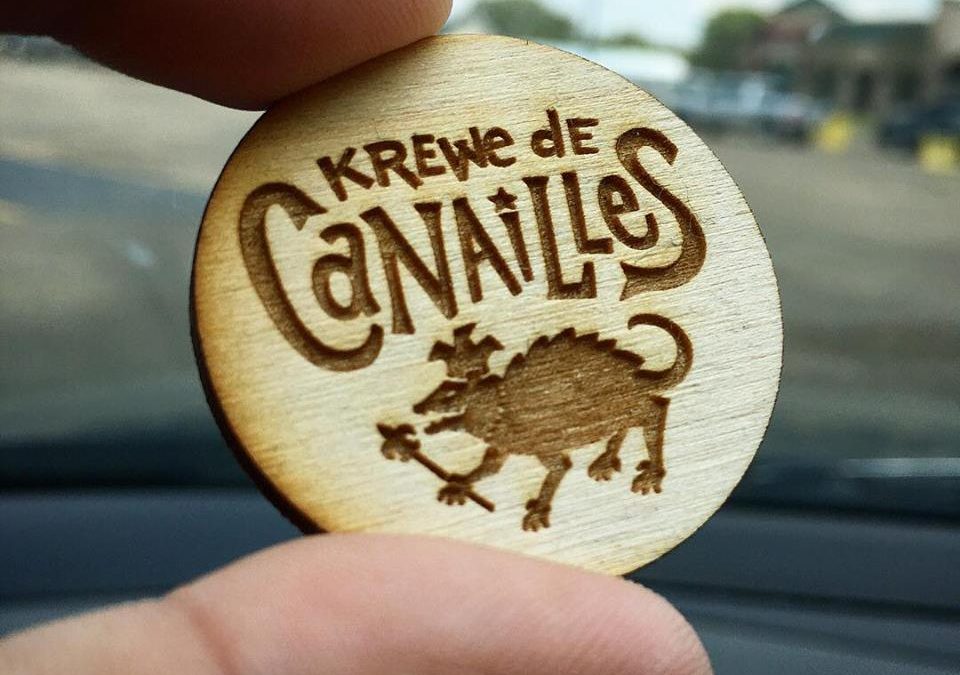 Mardi Gras is almost upon us, which means Krewe de Canailles is about to pop off. We’ve made a ton of new headway since the last update. We still haven’t received our 501(c)7 status approval so we’ve reach out to TRAIL to act as our fiscal agents. We’ve added a new board member with Paige Casselman Beyt, secured our permits and are ready to march!

We were also featured in another KATC story – this time with no name misspells! It can be seen here – http://www.katc.com/story/37211172/walking-krewe-to-start-new-mardi-gras-traditions-in-lafayette. Lastly, we’ve secured the New Natives brass band and Lost Bayou Ramblers to play the afterparty at Warehouse 535, both of which will also be marching in the parade. Everything is shaping up for Krewe de Canailles to be a permanent Lafayette Mardi Gras fixture.

Until the march is over,
Rodney Hess (Team Leader) 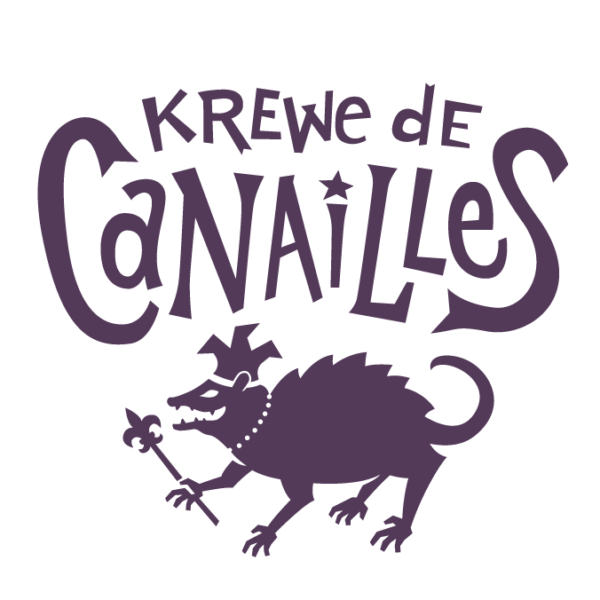 We’re completely on track to occupy the space left from the cancellation of kickoff parade this past year. Krewe de Canailles will now serve as THE Mardi Gras kickoff parade in Lafayette – and we’re bringing it back to downtown! The very talented Burt Durand has designed our logo, which allowed us to create our first official doubloons. These will be a signature throw of every parade, keeping in line with our mission of sustainability. We’re now incredibly close to launching our official website, which will allow the community to begin the signup process in preparation for the big day.

We took part in PARK(ing) Day Lafayette where we announced our inaugural theme – Local Legends! Red Lerille? Wayne Toups? The Cotton Candy Guy from the Cajundome? Pick your favorite Acadiana icon (or icons), and start planning your krewes, costumes, dance routines, and creations! This got us featured in a KATC story featuring a hilarious misspelling of board member Julie Bordelon’s name. Check it out here – https://www.facebook.com/LFTwalkingparade/videos/130458764259865/

We’re also keeping with our mission of inclusivity by reaching out to specific individuals, groups and bands to join the movement. We’re currently in the process of securing the required permits, which involves soliciting signatures from each business located along Jefferson St. It’s an arduous process but a necessary one. Once secured, we’ll reach out to the Lafayette police to schedule our escorts.

Lastly, we are utilizing the service of Casselman Beyt Law Firm to become recognized as a 501(c)7 so we can act as a non-profit organization and our own fiscal agents. This will free up the funding from the 24 Hour Citizen Project donors so that we can really get kicking.

Our biggest lesson learned is that it is best to secure an attorney with the proper experience as early as possible. I did the preliminary research so we could begin collecting funds as early as possible but I ended up pushing back further than it needed to be. Paige Casselman Beyt has been instrumental in righting my wrongs and getting us back on track.