Team “Pop Up Theatre”was funded $2,000 during the 24 Hour Citizen Project in 2017 to create a pop-up children’s theatre for ages 6-12. The concept is modeled after the ole “Spanky and Our Gang” plays. Each performance will be completed within a 3-hour timeframe including set and costume design, rehearsal and performance. Most of the plays will include stories and nursery rhymes that the children are familiar with to encourage participation.

A group of volunteers from Disney first started this concept in Orlando, Florida. It was called The Black Swan Theatre. We created a script, made the costumes, set design, practiced and performed all in 3 hours.  We had at least 6-9 adult volunteers along with 8-10 kids that regularly participated. I am looking to bring this theatre concept to Lafayette, Louisiana. I will need a group of volunteers that will work closely with the children to bring this to life. We will perform each play at several parks around the area to reach children in their neighborhoods and make it easily accessible to the parents or guardians that provide transportation. It is mandatory that the guardian will stay for the whole 3 hours to encourage participation and create an audience for the play. This is a summer program and will run for 6 weeks starting in the month of June. A new show will be performed every Saturday starting at 9am and ending at 12pm with refreshments for the actors and viewers. It will be a free, fun and engaging summer program.

Involving children in theatre and drama at an early age builds confidence and self-esteem. I want to concentrate on 6-12 year old at-risk children but also make it open to anyone that is interested in the Lafayette and surrounding areas. This project involves the whole family from performing to being part of the audience. Not everyone has a chance to participate in the arts at this level and I want to give them this opportunity to explore and learn about the world of theatre. This program encourages fun, learning and play-acting in one free event. The time constraints of doing a play from start to finish in 3 hours increases participation every week. I understand that it is hard for some families to commit to a theatre program that lasts over several weeks or months like most of them, but this concept makes it easy and accessible all in one Saturday morning.

END_OF_DOCUMENT_TOKEN_TO_BE_REPLACED 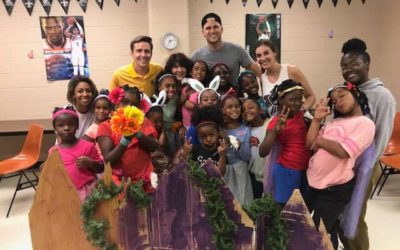 Dear Community, Here is the update for our Pop Up Kids Theatre for June 2018. Since partnering with the New Hope Development Center, I have been able to reach the target audience and bring this new type of theater as part of their summer program. They have...

END_OF_DOCUMENT_TOKEN_TO_BE_REPLACED 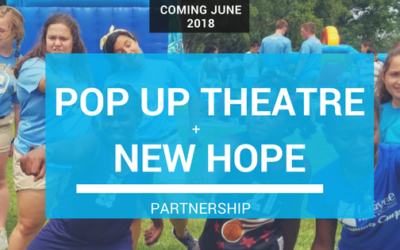 Dear Community, I am pleased to present this update for Pop-Up Kids Theater, a theatrical program for at-risk children ages 6-12 in the Lafayette area. The Facebook page is created, published and now active under the name PopUp Kids Theater. After some consideration,...

END_OF_DOCUMENT_TOKEN_TO_BE_REPLACED 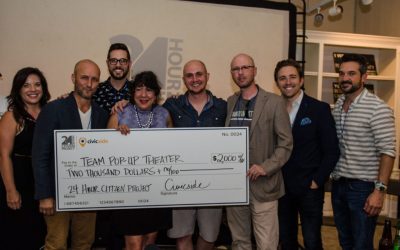 Dear Community, As you may recall, I am the team leader for the Pop-Up Kids Theater, a theatrical program for at-risk children ages 6-12 in the Lafayette area. Things for this project are moving along despite my teammate, Shannon Miller, who has moved out of the area....