As you may recall during the 24 Hour Citizen Project, our immediate push following the event was to obtain musical instruments through drives and donations. Since then, we’ve learned that a musical instrument drive is not the best way to obtain donated instruments. The best way is to personally reach out to friends and acquaintances and obtain the instruments my making appointments directly with them. That said, since funding during the 24 Hour Citizen Project, Team MIBrary raised an additional $700 at a benefit concert in September held at Artmosphere. The Al Berard Foundation also donated $2000 to the project. Team MIBrary now has approximately $8000 to spend on musical instruments.

In November 2017, Team MIBrary held a musical instrument donation drive at Downtown Alive! Although we received no donations, we were able to get the word out to the public about our cause. Through efforts of the team members, we have acquired 5 musical instruments (2 keyboards; 3 electric guitars) to start our musical instrument library. Each member has a goal to acquire 5 instruments, making it a total of 20 donated instruments. We will then spend our funds on additional instruments not obtained through donations. Once all instruments have been donated, we will work with the Downtown Library to set up shop! We’ve been updating the library of our progress, and to date, have not spent any funds awarded during the 24 Hour Citizen Project. 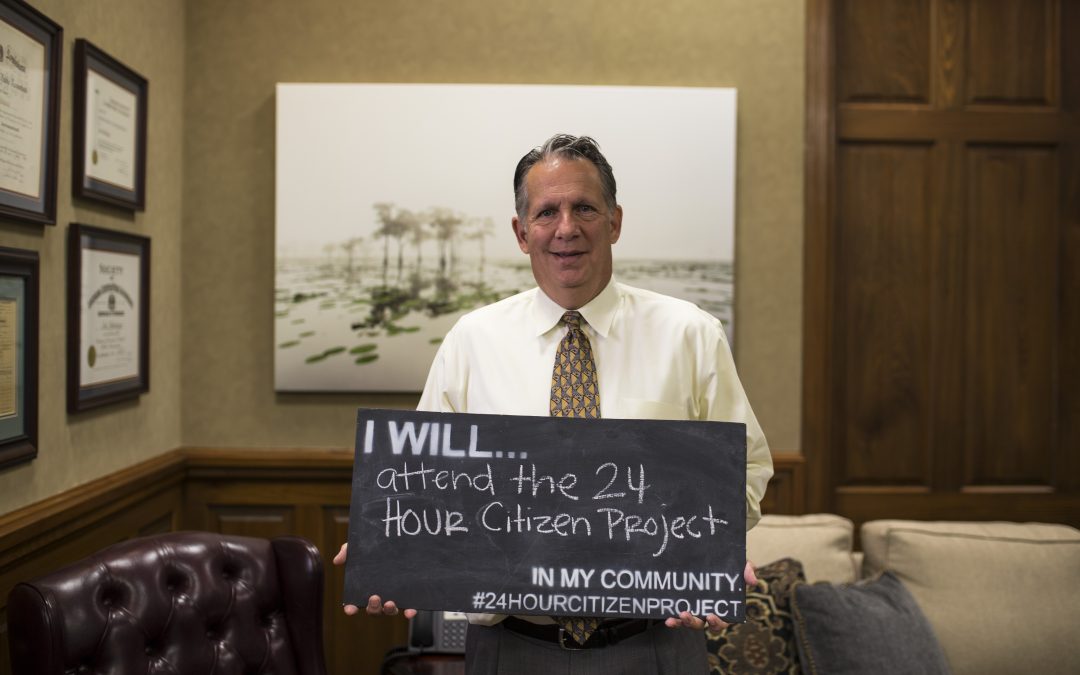 Transitioning into the 24 Hour Citizen Project

There comes a point in every organization’s life cycle, where they must step back and evaluate past experiences from a thousand foot view. Where there is failure, there is learned experiences. And where there is misfortune, there is value. We’ve done our fair share of this evaluation during the past couple of months, and there’s one thing that keeps coming to mind. Our citizens. If there’s anything we’ve learned over the past year, it’s that pursuing an idea for the community is no easy task. We’ve seen citizens share ideas, and fail over and over again. We’ve seen citizens become excited about their ideas, only to be let down by the realities of their pursuit. We call an idea being pursued by a citizen a “citizen-lead project.”

Citizens have been expressing their “I wants” for years. So, why do the “I wants” often fall to deaf ears? Maybe it’s because citizens are voicing their ideas to the wrong crowd. Or maybe their voice isn’t loud enough. Imagine a community where there was a successful recipe in place to convert the worthy “I wants” into fully executed projects. The result is something we refer to as “Small Community Victories” or “Short Term Solutions.” We believe there are three voices in the community that are critical to success when it comes to empowering citizens.

So, what if for a moment we brought together all three of these voices? We ask the “I wants” (citizens) to collaborate on their ideas and vision for the community. During that collaborative effort, we provide citizens with all the tools and resources they need to vet their ideas. Then we ask the “You Cans” (public officials/key decision makers) to approve the ideas for implementation, all the while providing an opportunity to connect citizens with public officials directly. And lastly, the “I wills” (businesses or key supporters) to come together to hear the approved and vetted ideas of the citizens, with hopes of funding those ideas for implementation. And we do this all in 48 hours.

The purpose of the 24 Hour Citizen Project is not to fund or solve the big problems in the community. But rather to bring forward small projects that make up a greater achievement. Few examples that come to mind… One downtown parklet may lead to the development of other parklets. One neighborhood gateway, may lead to others neighborhoods desiring the same. One bus stop may lead to 10 others. And so on. Admittedly, even with focusing on small community victories, the 24 Hour Citizen Project may seem overly ambitious and unrealistic. And we’d be lying if we didn’t think the same from time to time. But building better communities is about empowering citizens and giving them the tools they need to create the environment for which they want to live. And that in itself, is worth the risk.